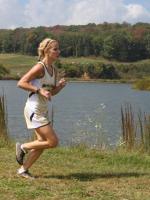 EG Plummer Recap: Boyle's Austin Anderson & Nikki Coffe...
The temperatures may have been cool but the competition today in Danville today was anything but. Some of Southern Kentucky’s better teams were on display this morning at the EG Plummer Invitational...

Chick-Fil-A Invite Recap: Brennan Fields & Nikki Coffey...
Several years in a row this meet has kicked-off coverage for me for the Cross-Country season. It’s trademarks are hot, humid weather, a difficult course, and some of Central Kentucky’s finest open...

Top 10 Showdown Between Pulaski, Madison Central, & Way...
Each year in late August, the sleepy town of Wilmore, KY becomes the testing ground for early season XC racing as many teams from Central KY battle head to head to see who put their summer to the best...