Two young talents come into the meet with a on their back. Taesha Speaks as a freshman and Ava Meyer as an 8th grader both will try to double in the 100 and 200. Speaks is the favorite in both with Meyer hot on her trail. Despite their youth, they're no stranger to the state meet. Meyer competed last year as a 7th grader and Speaks as an 8th grader throwing down some impressive for their age.

One of the top hurdlers in the state, sophomore Krista Perry will look to leave her mark on the meet this year going for the 100 and 300 hurdle double coming in as the easy top seed in the 100mH, but the second seed in the 300mH behind Caroline Schilling who overtook Perry as the Class A leader by .05 seconds in her regional meet.

The one to watch out for in both the 800 and 1600 is the Dream Mile Champion Kailee Perry. She has been nothing short of a superstar on the Kentucky running scene this year as her only races not crossing the line first came against the stacked fields at Eastern Relays. Keep an eye out for Selena Mattingly, Reganne McMain, and Ashley Akins as they are the next three fastest ladies in the 800m, if tired legs come into play for Perry they'll be there ready to pounce. 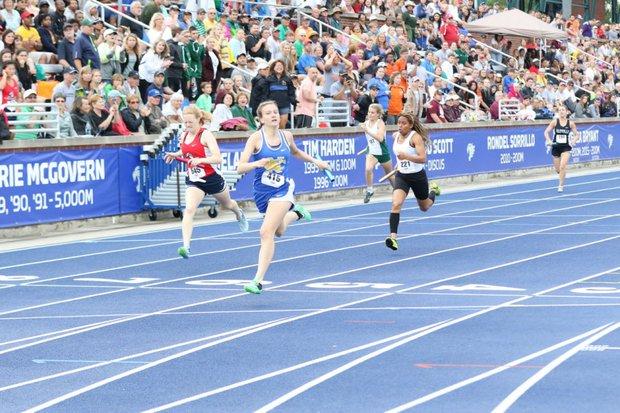 The Newport Central Catholic ladies dominated last year in the relays and this year they will look to do more of the same. They'll be no than a three seed in any of the four relays coming in with the fastest 4x200m seed, second seed in the 4x100 and 4x400m, and third in the 4x800m relay. It'll be big time if they can rack up some wins and podium finishes in all of those relays.

Some of the top marks in Class A over the course of the year were set in the regional round of the state tournament. Keagin Brooks and Madelyne English are two consistent names to keep an eye out for atop the rankings heading into the state meet. Although she hasn't been on top of her game, Faith Hogg will be a factor. Some of her all time best throws in both the shot and discus came at the state meet last year to claim the silver medal for herself and Owensboro Catholic. Grace Turner of Monroe County last year won the pole vault by an entire foot and placed third in the high jump. This year she comes into the meet ranked first in both events. We'll see if she can pull off some wins and grab a dynamic field double.

Another young lady eyeing two gold medals in field events this year is Somerset's Kendall Burgess. She, like Turner, is ranked first in two events. Her presence will be felt in both the horizontal jumps with PR's this season of 18-2 in long jump and 36-3 in triple jump