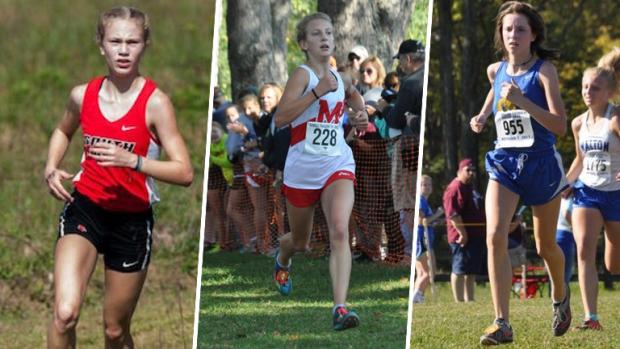 Last track season was one to remember for Phoebe McCowan. She never placed lower than 3rd in an 800m race and that was at the Eastern Relays. She was also solid in the 1600m, not having lost a 1600m race all season long. She was the regional champion in both distances but only ran the 800m at the state meet and took home the state title in 2:11.06 which was a state meet record. Now onto cross country season and she has something to prove. In a stacked class AAA last year, Phoebe placed 19th at the state meet. She will have plenty of company this season as well. Can she capitalize on her stellar track season and translate it to the cross country course? Only races will tell.

duPont Manual reloads after the graduation of Simms and Sapienza-Wright with young stars such as Abigail Bohn. She was an important part of the Nike Cross Nationals run that the Crimsons had last season. Abigail was consistently the 5th runner for the squad that took home the team title last season. She now gets the chance to be a top 3 runner for her team as we embark on the 2018 cross country season. She did not have very many track races last season, so the first few weeks of the cross country season will show us what improvement she has made on her season best of 19:05.17 from last season.

Abby Jones is a work horse. If you don't believe me, go check out her stats page and the amount of races she ran last track season. She absolutely dominated the Northern Kentucky region in all distance events. Then the state meet happened. She placed 6th in the 1600m and 7th in the 3200m losing to some of her season-long competition. She had beaten Maria Klocke, Malia Heck, and Maddie Dickman all season, however they got the best of her at the state meet. Now that cross country season has begun, it is her chance to make noise and become the dominant northern Kentucky runner.