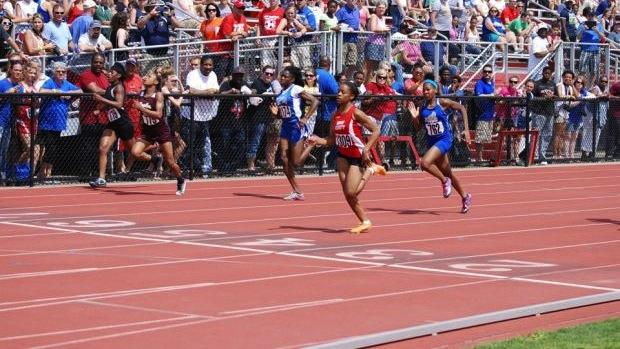 According to local news outlet Lex18, she was a bystander and was shot outside of The Cook Out restaurant around 4 a.m. when two cars exchanged gunfire. She was 15 years old.

WKYT reports that the Fayette County Coroner says that Trinity was pronounced dead at University of Kentucky Chandler Hospital from a gunshot wound to the neck at 4:41 a.m. Sunday. She initially was taken to another hospital by a private vehicle being transferred to UK hospital.

Witnesses reported gunshots traded between a gray Dodge Charger and a dark-colored sports car with tinted windows. At around 2 a.m., Trinity made a reference to Cook Out on her Twitter account, and also Tweeted "Of course they start shootin."

Lexington Police have arrested three persons in connection with the fatal shooting. On Sunday, 21-year-old Dvonta Middlebrooks was charged with wanton endangerment and possession of a firearm by a convicted felon, and father and son Chazerae Taylor, 38, and D'markeo Taylor, 19, were each charged with wanton endangerment. According to CBS Lexington affiliate WKYT, the investigation remains open.

Police have arrested 2 more in #TrinityGay shooting. Father and son Chazerae Taylor, 38, and D'markeo Taylor, 19, have been charged. @WKYT

Tyson Gay, a native of Lexington who lives and trains in California, confirmed his daughter's death to WLEX sports director Alan Cutler.

"She didn't make it," the U.S. 100m record holder said from the airport. "She was just here last week for fall break. I have no idea what happened."

Trinity, a rising star for Lafayette, was following in her father's footsteps and was a staple in the track and field community of Kentucky. She was a middle school state runner up in the 100m and placed in the top 4 numerous times at the KHSAA state meet. She was the Region 6 AAA champion in the 200m last season. Trinity's grandmother, Debra Conley, told the Herald Leader that the teen was an A student who aspired to become a plastic surgeon.

Statement from family of 15yo #TrinityGay. The teen was a standout student-athlete at Lafayette where both her father & mother graduated pic.twitter.com/DCQswouN3T 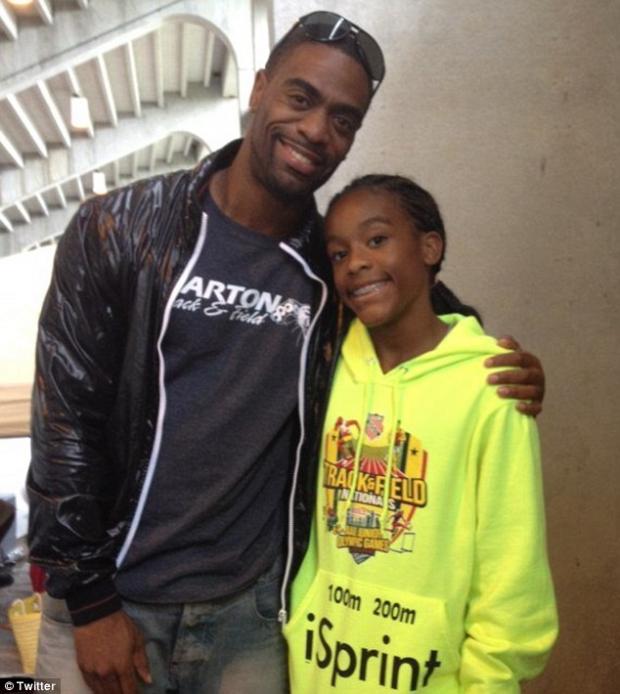 Julian Tackett, commissioner of the Kentucky High School Athletics Association, expressed his shock and sadness over the news on Twitter.

Shocked to hear of death of Trinity Gay. A life of such potential cut so tragically short. Sympathies to Tyson and entire family.

"Our hearts are broken this morning over the loss of Trinity to this tragic and senseless act of violence," Fayette County Superintendent Manny Caulk said in a statement. "Please join us in keeping the Gay family close in thought and prayer and supporting the students, staff, and families at Lafayette High during this unspeakably difficult time."

Lafayette will have a team of counselors on hand for students Monday, spokeswoman Lisa Deffendall said.

Lexington mayor Jim Gray told the Leader Herald, "Tragedies like this require us to pull together as a caring community and we are doing that."

Former NFL wide receiver Chad Johnson was the first of dozens of athletes to offer Gay and his family condolences on Twitter.

My prayers & condolences to Tyson Gay & the rest of the Gay family, may God give you strength in this time of need.

We will update this story with more details as they became available.

Our thoughts and prayers go out to the Gay family and Lafayette school community.

Trinity's race starts at the 1:46 mark in the below video. She is running in Lane 4.