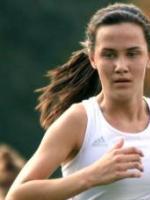 All-Time Rankings: Girls Top 500 Times At Memphis Twilight
Memphis Twilight marks the start of the cross country season for the 901 so let's take a look at the fastest times ever run a Mike Rose Soccer Complex....

The Top 25 Eastern Relays Female Performances All-Time...
As we get ready for the 2022 Eastern Relays, let's take a look at the top marks in each event....

What Girls State Records will Fall Saturday?...
Above are the current six state records that stand as of last year on the Paddock Course at the Kentucky Horse Park.  This course has been used since 2009 for the Kentucky State Cross Country Meet. ...

Lexington Catholic Top 50 Runners at New Horse Park Course
TOP 50 EVER AT LEXINGTON CATHOLIC SINCE THE MOVE TO THE NEW HORSE PARK COURSE...