HUGE shout out to Barry Haworth (head coach at Assumption) for compiling the list of our Kentucky athletes that participated in the slate of post-season national level meets. Below you will find Barry's breakdown with stats and historical references! We all know that Barry is an expert in the history of Kentucky cross country and track & field.

Once again, big shout out to every athlete who qualified for one of these major post-season meets, and made the trip to compete. Congrats to their coaches as well.  Again, if I missed anyone, my apologies, but like I said above, I think we all deserve to hear about it - so feel free to follow up.

Everything I've listed below occurred last week or over the weekend. These are all big-time meets, so I think we deserve to hear how our kids have done.  My apologies if I missed anyone. 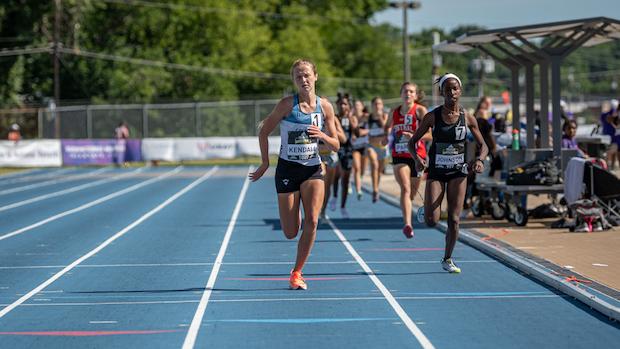 Looks like it was a great weekend for all of these athletes, so congrats to them and their coaches! This year, Brooks expanded their lineup to include middle school athletes, and we had 8 middle school kids invited to compete in the 1600m run under Thomson Training.  That list included these athletes: Major shout out to these athletes and to their coaches as well. Also, a great job by these athletes and their coaches, but also a huge shout out for being willing to travel all the way out to Oregon for this meet.  I'm sure it was a great experience!