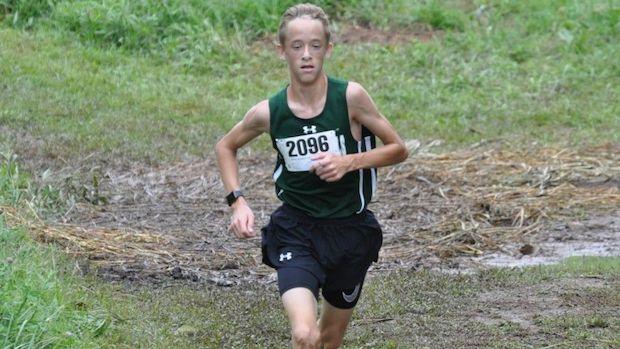 Collins High School is hosting the Border Battle on Oct. 18th which will feature the first inter-school district competition in Kentucky state history.  The Shelby County School District's Team Shelby (Collins and Shelby County) will battle the Franklin County School District's Team Franklin (Western Hills and Franklin County).  The meet will be held on the new Bullskin Course (two 2.5K loops) at Blue Meadow Farms (Joyes Station Rd. and US 60) in Shelbyville.  Collins Director of Cross Country and Track George Sanderlin developed the Bullskin Course.  He said, "One of our objectives at Collins is to put the 'Oomph' back into cross country and track.  I put together a Border Battle in track in Georgia with the Atlanta Public School district battling the DeKalb County school district.  It was a big hit.  However, this is a first for cross country and Kentucky.  The meet should be very competitive as the teams have already faced each other in several meets like the Shelby Co. Invitational and the Rebellion Classic."

The boys' race is shaping up to be a doozie as favorite Griffin Staude, a sophomore at Western Hills is coming off a win at the Rebellion Classic (16:28).  He will be chased by Collins' Nolan Thomas who went under 18 at the Rebellion Classic, besting Western Hills' sophomore Josh Downey.  Franklin County senior Marco Dempsey, Collins junior Jeremy Yocum and Shelby County sophomore Elijah Spicer should also be in the mix.

In the girls' race, the top pick is Western Hills freshman Emma Campbell who is fresh off a win at the Rebellion Classic in 19:56.  Franklin County juniors Molly Stigers (20:22) and Makena Gillion (20:25) will make Team Franklin tough to beat.  Shelby County senior Evelyn Enriquez and Collins sophomore Lilly Vest should lead Team Shelby.

The action gets underway at 5:15 with the girls race followed by the boys at 6:00.

For more information, go to the Milesplit meet web page:

The Blue Meadow Farms - Bullskin Course is a picturesque and rolling 2.5K loop nestled in the heart of Shelby County.

Director of Track and Cross Country