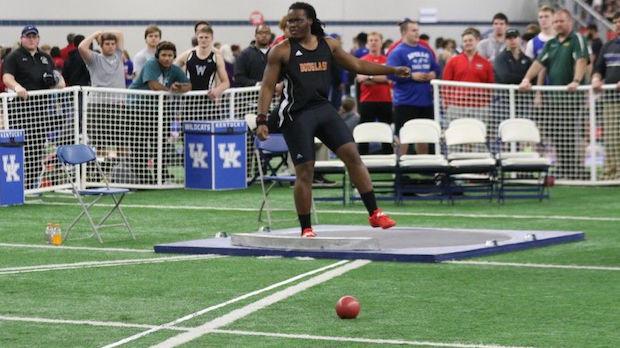 The three time state champion has an opportunity to add two more this season. Bryan Hudson dominated the state of Kentucky last season and has not shown any signs of letting up anytime soon. He won the Wildcat Classic and looked good doing it. Placed second at the UK High School to the Tennessee state champion in both indoor and outdoor. After Hudson, the field gets much closer. Derrick Barnes of Holy Cross (Covington) was the class A state champion but has not thrown since then. Senior Obie Taylor has transferred from Tates Creek to Frederick Douglass, but he has not lost his stride as he placed third at the Wildcat Classic and sixth at the UK High School Invitational. My athlete to watch is Dalton Kindt of Mason County. The Royals have a rich history of top notch throwers and his second place performance at the Wildcat Classic showed he has the goods to make a solid run this outdoor season.