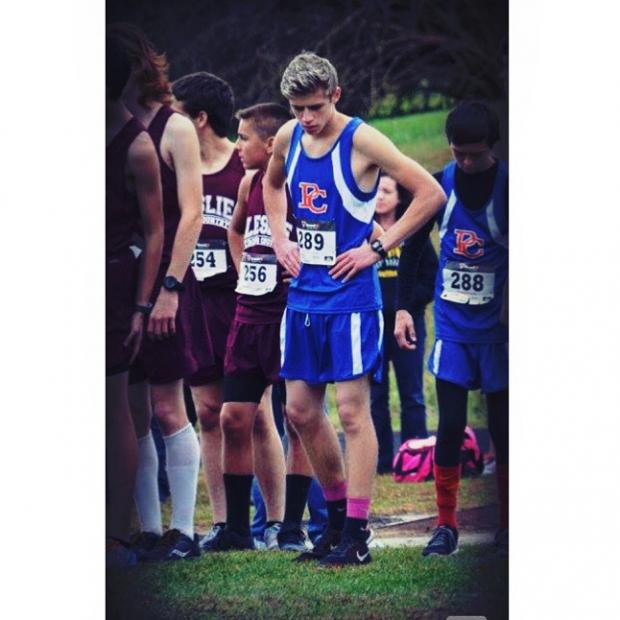 My most memorable meet, was at Bob Amos where I finally earned first place and won my first race.

Where I faced my biggest competition was also at Bob Amos against a very tremendous and hard working runner from Pikeville High.

Out of all my High School accomplishments, making it to state in the 1600m in track is the moment I look back on most. Why, is because I trained each and every day so hard for it. Before practice I trained, during and even after practice I trained. So many highs and lows during that season and to have it all unravel at Region and making it to state was such an amazing achievement and feeling. Validating why you should never give up in something you know you can do great things in.

If I could do it all over again, I would change the fact I didn't do it sooner.

The most difficult obstacle I've ever had to overcome, was when during track season, I couldn't get the time in the mile I needed to advance to state. I was consistently doing 5:09-5:20. I would win some races but the races I had the most competition in, I ran my heart out and still just couldn't beat them. Later on through the season I raced at the Area 9 Championship which would feature the boys I would race at Region a week later. I went in and held on to second behind the fastest guy in the region. Then a guy passed me and I was third. And then another guy passed me. I finished fourth (We also didn't have the two other top guys which if that was Region I would have finished 6th). So I was crushed and just in all angry because I knew I was better than that. I also raced the 3200 that night and I got the same result. I was blown out. So knowing Region was a week away and these were the results I was getting had me doubting everything I had worked for in all those hours in the rain, snow and grueling heat in the off season. But, I didn't give up. I kept working and located my weaknesses. I came back a week later at regionals and won the 4x800. The 1600m was 45 minutes later. I knew before the race I can beat them. I've trained harder, sweat more, cried more and dreamed of this moment more. We all lined up, the gun went off and I beat ALL of them. I finished 2nd behind a talented runner from Johnson Central and advanced to the state championship my very first year ever of running.

What will I miss most....I'll miss the long bus rides with one of my best friends Cory, I'll miss bugging my younger brother Tyler while we waited to leave. Talking to Shawn and going "Let's eat, we're gonna win today" and  I'll miss hugging and congratulating my sister after every race...and lastly, I'll miss wearing a Pike Central uniform.

My advice for younger runners is to NEVER EVER GIVE UP. Under any circumstance do not ever give up. If you truly believe you've worked hard enough for something. Then you can achieve it. Also train hard and be the best runner you can be.

What are your post-highschool or college plans?

My plans after graduation is to hopefully run in college and to continue my short but successful running career also pursuing either a teaching career or something in multi-media.

I would like to say thank you to the man who started all this for me. My dad. If it wasn't for him I wouldn't ever be writing this in the first place. He's trained me, mentored me, inspired me and picked me up and critiqued me every time I've done something wrong or not done nearly my best when he knew I could. I would also like to thank Mrs. Lowe for coming back and coaching another year. Raising money for us and taking us to countless meets sometimes over an hour away. Thank you to anybody who has helped me or been there for me. Made me a better runner and gave me tips on what I could do better to enhance my running ability. Lastly and most importantly a thank you to God for giving me a second chance and giving me an opportunity most people can only dream of.

More Articles in the Series