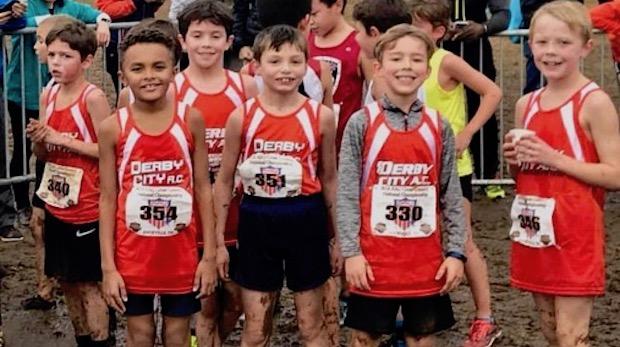 The Derby City win was truly a team effort with Top Three finishes in six of the ten divisions.  DCAC's 7-8 year old boys were the stars of the day as they not only won the division national championship but scored a perfect 15 points after individuals were removed.  This age group was led by Derby City's highest individual finisher of the meet as well - Gannon Parke from Beechwood Elementary - who finished 3rd.

Other Kentucky youth clubs also competed in the AAU meet.  The Louisville Tigersharks won the team title in the 9-10 boys division.  Claire Reburn of the Northeast Striders claimed the individual national title among all nine year old girls.