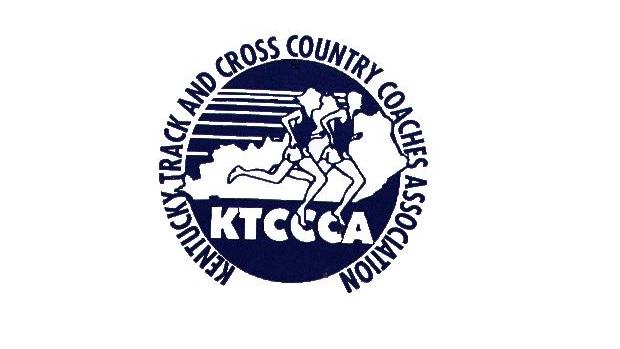 The Kentucky Track and Cross-Country Coaches Association is happy to announce the coaches and athletes that will be inducted into the KTCCCA Hall of Fame.

Four outstanding coaches and ten tremendous athletes will make up the 2018 Class into the Hall of Fame.

(This Thomas Jefferson High School athlete was a multiple time KHSAA State Champion sprinter that set a state record of 46.8 in the 440 Yard Dash.  He went on to Louisiana State University where he was a three-time NCAA Track and Field All-American as well as being an NCAA Champion.)

(He was a 1999 graduate of Lexington Catholic High School where he was a KHSAA State Champion Distance Runner.  He went on to the University of Kentucky where he was a two-time NCAA All-American.  He was the 2003 Individual Champion in the SEC Cross-Country Championships.  He was a nationally ranked road racer and qualified for six USATF National Championships in the 5,000 Meter Run as well as running in two United States Olympic Trials in the 5000 Meter Run.  Was World Ranked in multiple distance races in 2008.)

(He was a 1994 graduate of Male High School where he was a seven-time KHSAA State Champion Sprinter.  During his high school career, he was also a four time AAU National sprint champion. After high school he ran two years at the University of Tennessee where he was an NCAA and SEC finalists in the 100 and 200 meters.  In 1995 he represented the United States in the Pam American Junior Championships in Santiago, Chile.  His final two years of collegiate eligibility were spent at Arizona State University where he was an NCAA and PAC 12 finalists.  He was a participant in the United States Olympic Trials in 1996 in the 100 meter dash.)

(She ran for Louisville Atherton in her early high school years and then transferred to Central High School and led her team to several State Cross Country titles. She won two individual State Cross Country Titles as well as being a State Champion miler in track.  She ran before the All-State selection was started in 1987.  Camille took her running talents to Western Kentucky in the fall of 1981.  The '81''82 school year was the last year for WKU in the Ohio Valley Conference.  The Fall of 1982 began the school's first year in the Sun Belt Conference.  At the time the SBC, only sponsored men's cross country and did not add the sport until the Fall of 1985.  Camille was a very versatile runner at Western and set every school record from 800 meters through 5,000 meters during her collegiate career. Twice named the WKU Female Athlete of the Year.  In 1985 she was the first woman inducted into the Western Kentucky University Hall of Fame. After her graduation from Western in 1986 she was not quite through with her running career as she began to dominate the roads in Kentucky and Southern Indiana while dominating many

female Road Races competitions.  She ran professionally for Adidas through the 80's and early 90's until her children came along.   Her trophy case shows her as the winner of a Kentucky Derby Mini-Marathon.  She was a four-time winner of the Bluegrass 10,000.  She has a Louisville Triple Crown of Running Champion along with countless numbers of lesser named road races throughout the area.

After her completion of her competitive career in 1996, Camille has become intimately involved with the Louisville running community.  As a running store owner, Camille oversaw numerous training groups for new and experienced runners alike, helping individuals achieve lifetime goals, whether that was to just finish a marathon or running personal bests at every distance.

After leaving the retail business, Camille has gone on to produce numerous races in the Louisville area and has become the premier authority with regard to course design, race logistics and management.

The items listed above are just a few examples of how Camille has helped make the sports of track and field and road racing better for the Louisville community and the State of Kentucky.)

(Danielle Hoop has become a household name in her home town of Owenton as well as her adopted home in Williamsburg.  Not only an outstanding distance runner in high school she won basically every academic and community honor given.  In cross country she was the Individual champion in the North Central Kentucky Conference 5 times and first team All-Conference 6 times.  She was a 3-time State Cross Country Individual runner up and KTCCCA First Team All-State 6 times in cross country.  She was a top 10-finisher in the Footlocker South Region and a Wendy's Heisman Award State Finalist.  She won the NCKC MVP four times. She was first team All-State in Track and Field 6 times and finally won her State Championship Individual title in the 2011 800 Meter Dash.  She enrolled at the University of the Cumberland's where she became the most decorated female athlete in the school's history.  She was an NAIA Cross-Country All-American three times and a Track and Field All-American seven times.)

(Back in the mid'70's Ronda Boyd was an outstanding sprinter for Harrodsburg High School.  During her tenure in Harrodsburg she accumulated 10 Individual State Champion Gold Medals along with 5 others for a total of 15 KHSAA State Meet medals.  Upon her graduation she took her running talents to Bowling Green, Kentucky and Western Kentucky University.  After one year on The Hill she transferred to the University of Kentucky.  While at Kentucky in 1982 she was ranked 12th in the nation in the 100m Dash.  She still ranks in the All-Time top 10 sprinters at Kentucky.  For three years she was the Girls Track and Field Coach at Harrodsburg High School.  She currently operates out of Cincinnati, Ohio as a Traveling Certified Surgical Technician in the American Nursing Core.)

(Patty Dowd was the pride of Fleming County during the '80's.  In Cross-Country she finished 5 times in the top 10 Class AA races and then she topped that off with an Individual State XC Championship in 1988.  She did not limit herself to the ever-present Kentucky Hills as he traveled around the country with AAU and in 1987, she finished 4th in the AAU Nationals and followed that up in 1988 as an Individual National Champion in the AAU National XC Championship.  From that National Title she was selected to represent the United States in the World Youth XC Championships in China and she represented the USA well with her 4th place finish.  After that first season in Cross Country Patty were selected first team All-State 4 straight years to go along with 5 years of being Academic All-State.  She was selected as a Bonnie Bell All-American for three years.  After her cross-country adventures, she turned to the 400 Meter Oval in the Spring and was just as outstanding.  She qualified for the KHSAA State Finals in the 1600m Run and the 3200m Run for 5 consecutive years.  In 1989 she was the KHSAA State Champion in both the 1600m and 3200m.  She was a 5-time All-State Track and Field athletes as well as being Academic All-State each year.  In 1989 she was selected as an AAU All-American in the 1600m Run.  After her sparkling High School running career, she enrolled at the University of Louisville.  She ran both cross country and track for "The Cardinals" and was the first athlete in any sport to be selected All-Conference in each of her four years.  In 1989 she was the Metro Conference XC Runner Up and selected by her Louisville teammates as the season MVP.  In track she was very versatile as she ran any distance from 400m through 5,000m.  She was All-Metro in the 1500 Meter Run. After College she spent some time raising her family and in her spare time, she was the Volunteer Track Coach at Campbellsville High School in 1995.  In 1996 she became the Head Girl's Track and Field Coach at Taylor County High School in Campbellsville, Kentucky where she stayed through 2005.  Her teams became Regional contenders and were conference champions for 9 years.  She then moved on to Campbellsville College in 1997 and was the Men's and Women's Head Cross Country Coach where she was selected as the Mid-South Cross-Country Coach of the year and had 3 of her athletes qualify for the NAIA Nationals.  Then her desire to continue working with Special Needs students brought her back to Taylor County High School as Head Boys and Girls Track and Cross-Country Coach for seven more years.  In 2005 she moved with the family to Elizabethtown.  She has been working in the Hardin County School System working with special needs students.  But the running sports are never far from her mind as she is a USATF Master Official.   She is moving up in the ranks of Starters as she is now a lead starter in the Athletic Coast Conference, the Southeastern Conference and a starter at the NCAA East Region.  She has been the Chief Starter for the past seven KHSAA State Track and Field Championships.  She is currently the Ky-USATF Association State Secretary.  She has served as the KTCCCA Area Representative, served on the KHSAA Track and Cross-Country advisory committee.  She has received numerous awards from the KTCCCA, Ky-USATF and USATF National Officials Award for Distinguished Service to the running sports.  For the past two years she has been the Chief Starter for the Outdoor and Indoor Atlantic Coast Conference and has just been notified that she will be the first female Referee for the ACC Indoor and Outdoor Track and Field Championships.  She is regarded as one of the Top Female Track and Field Officials in the United States.)