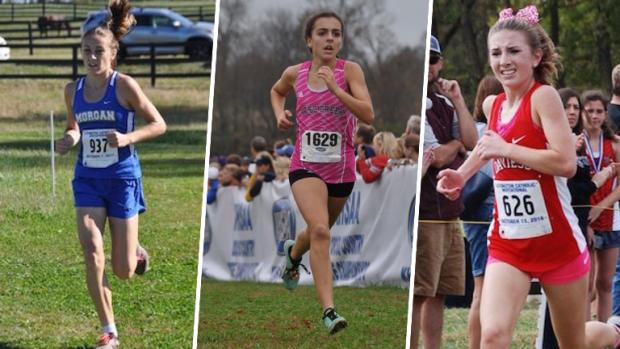 It is their senior season and the last chance they will have to represent their school on the cross country course. So who comes into the season as the top ranked runners? Kailee Perry of Morgan County is coming off of an incredible outdoor season with two class A state championships (800m & 1600m). She was runner up in class A last season to Selena Mattingly (Williamsburg) but has proven this past track season that she has the goods to take home the cross country state title too (Head to Head Comparison of Perry and Mattingly).

Jenna Strange from Tates Creek has the crowded class AAA somewhat road cleared with graduation of Kaitlyn Lacy, Alena Sapienza-Wright, and Breanna Alderton. She was third last year that in the class AAA state cross country race and repeated that placement in the 3200m in the outdoor championships. Watch for Jenna to establish herself as the class of class AAA this cross country season. She will not be without some stiff competition from Karlee Hoffman with the powerhouse program Daviess County. Karlee was fifth last cross country season and was fourth at the outdoor championships in the 3200m. Coach Fortney returns a top 3 team with Hoffman as the cornerstone of their championship bid.