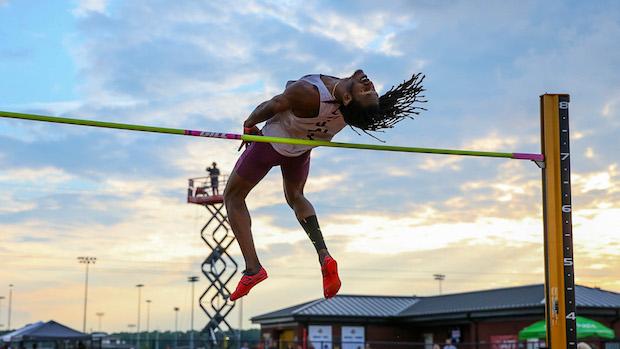 Claitt is the first EKU athlete ever to earn OVC Indoor Field Athlete of the Year honors.

The Lexington native - and graduate of Bryan Station High School - went 7-1 in the high jump at the Thundering Herd Invitational in Huntington, West Virginia on January 26. That jump ranks No. 1 in the OVC and No. 25 in the NCAA.

Claitt is a three-time OVC high jump champion and will be the favorite in that event at the conference indoor championships this weekend in Charleston, Illinois.

Claitt was voted the OVC Male Outdoor Field Athlete of the Year last May after breaking the EKU high jump record with a leap of 7-5.75.

The OVC Indoor Championships get underway at 10:00 a.m. ET on Friday. The men's high jump finals are scheduled to start around 3:30 p.m. ET that day.