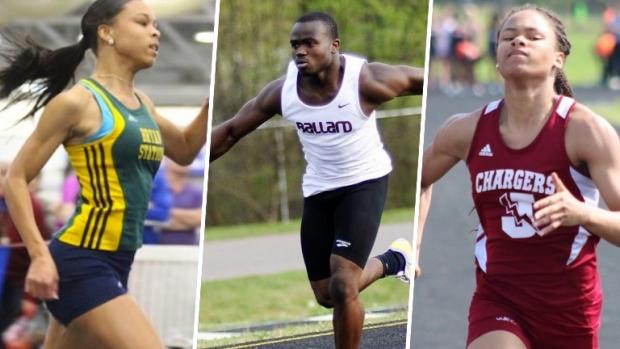 For years the Eastern Relays have provided runners from the midwest and southeast with a chance to prove themselves.  Many of these athletes are the top in their event in their local region but with 8 states and 150 schools represented, everyone will find good competition here.

This year is no exception.  The top-seeded athlete in the 100m dash is senior Noah McBride from Evansville High School, with a seed-time of 10.65 seconds.  McBride is followed closely behind by LaCarr Trent, with a difference in times of .05 seconds, and Augustine Tugbe, again following with a difference in his and Tugbe's time of .05 seconds.  Behind these top three runners there are 20 athletes who are less than half-a-second behind McBride and 62 runners total.  That means that this race is up for grabs at the moment and with so similar times a decisive victory is unlikely, making for an interesting race.

On the girls side, the top-seeded athlete in the 100m dash is senior Brooke Raglin from Bryan Station High School, with a seed-time of 11.82 seconds.  Just behind her is Ameia Wilson, whose seed-time is only .04 seconds slower, making it 11.86 seconds.  Just behind Wilson is Doneasha Brewer, with a time of 11.92 seconds.  There are eight runners in total, who are less than a half a second behind Raglin, so this will be another tight race.  Overall there are 52 runners in the event.

In the girls 200m dash, the top-seeded athlete is McKenzie Long with a seeded time of 24.21.  Behind her are Amariah Thomas and Brooke Raglin with seed-times of 24.22 and 24.29 respectively.  There are 64 runners total.