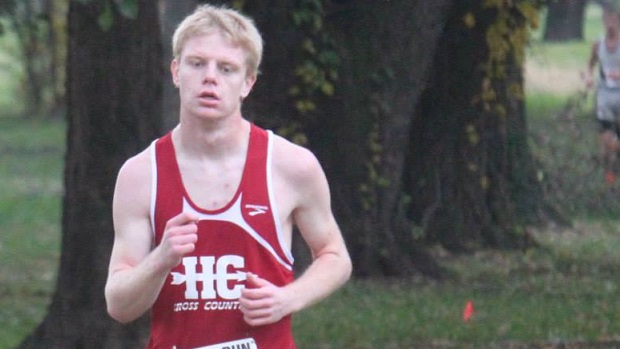 What was your most memorable meet or race?
My most memorable meet had to be the regional of my junior year. At that race I set my personal record in the 800 meter run. Also, I was on a 4X4 team that ran one of the fastest times in our school's history.
Out of all your high school accomplishments, which stands out the most?
The accomplishment that stands out the most to me was being named one of the team captains on both our cross country and track teams. This stands out to me more than any medal because it shows that both my coaches and teammates believed in me to lead the team.
If you could do it all over again, is there anything you would change?
If I could change one thing about my running career it would be to try and relax before races. Before some of my meets, I would stress myself out to the point that the races became much more difficult to run. If I was relaxed, my results could have been much better.
What were the most difficult obstacles you had to overcome?
There were two major obstacles I faced during my running career. The first was having to adapt to so many different head coaches in both of the sports. In cross country I had 3 and in track I had 4 different head coaches. None of these head coaches coached both cross country and track.
The second obstacle I faced was during my senior year. Our school did not hire a track coach until March, so our team was way behind in training. However, we worked really hard and tried to make up for all the lost time.
What will you miss the most?
I will miss going up to the starting line and knowing that everyone is trying to beat me. I will miss the tough hard-workouts that seemed to kill my body. Most of all, I will miss all of my teammates because without them, I probably would have stopped running a long time ago.
Do you have any advice for younger athletes?
My advise would be for them to enjoy their careers in whatever sport they pursue. It will be over faster than you will believe.
What are your college/career plans?
I am attending Morehead State University and majoring in biology. I am going to continue running on my own and will participate in 5ks across the state.
Who would you like to thank?
I would like to thank my parents for being there for me throughout my career. Also, I would like to thank my former teammates and coaches for all that they have done for me.

To be part of this years Senior Send-Off just answer the questions above and email them to Jonathan Grooms at kytrackxc@gmail.com.