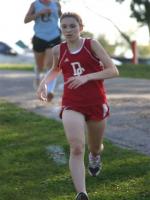 Lexington Catholic Large School Recap: St. X 22 Points ...
It’s always a good insight on both sides to be able to see how the races play out and teams stack up in the pecking order when the small schools are separated from the large schools at the Lexington...

Movers and Shakers: Fall Break Edition...
This past weekend was strange, there were a ton of meets but nothing was really huge.  There were some quality match-ups but even that was hard to decipher as many schools were missing runners...