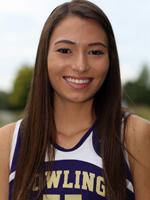 Week 1 Runners of the Week...
Each week there will be a people's choice and a site choice, maybe even just a combo choice. Here are the winners for Week 1....

Cream of the Crop Girls from the South (9/3)...
MileSplit&#39;s Top 15 XC Girls Individuals for the Foot Locker South Region states as of September 3rd. Breaking up the country into four regions, these top 15 individual lists will be updated monthl...