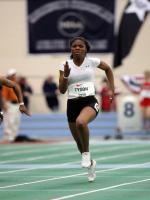 Hannah Waller Opens Season Out At Arcadia...
South Lakes super sophomore, Hannah Waller, made the most of her outdoor debut....

The Big Six? Will These Two Frosh Overshadow Their Juni...
The state hurdle and sprint scene has really been one of elite athletes and rivalries this past decade....

MileStat Madness Round 1, Featuring McCorory, McGorty, ...
First round matchup featuring the state record holders in the shot put, 55m, 300m, 500m, and many more. This article is the start of the elimation round and has four matchups in it. ...

MileStat Madness! Tournament of Champions...
Instead of March Madness it is MileStat Madness. MileStat has put together a list of the 16 best indoor athlete of the past ten years (2005-2014). This is a tournament style, fan-interactive, competit...