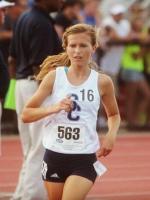 Senior Send-Off: Taylor Webb, Shelby County...
Taylor Webb is a 2013 Shelby County High School graduate.  She battled back from injuries to return to racing in April 2013 after one year out.  Before her hip injury, she was 5th at the 2011 Kentuc...

Signing Pictures: Weston to Murray, Bunch to UL, Hymer ...
Signings Pictures Updates...
Mason-Dixon Games: Class AA Preview...
Class AA is sometimes the less regarded group in the state with the large schools and small private schools often producing the most consistent talent, but there are some programs in Class AA that hav...
Big Weekend for KY in Indiana and at Henderson County/K...
Top performers at the Indiana Track Club Open, KTCCCA Indoor, and Henderson County Indoor...
Jonathan and David Show: Top 10 Regional Matchups...
A healthly dose of regional conversation to satisfy all those craving post-season hype....
Class AA Girls Individual and Team Breakdown...
As a new and different feature, we are looking to give you, our committed and informed subscribers, an in-depth analysis of the individual and team pictures in each class. We want to share some of o...