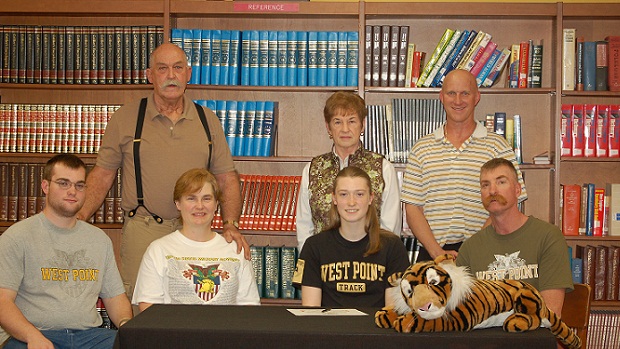 MHS Track Coach, Mark Boggess, said as a five-time state high-jump champion, Claywell will leave her high school career as one of the most decorated athletes in the history of Kentucky Track and Field. “Over the span of the last five years, Catherine has demonstrated the absolute highest standard of excellence as a student athlete in the Murray Independent School District. Her commitment, dedication and leadership in the classroom and on the track has afforded her this opportunity to become Murray High School’s second female to receive an appointment to the prestigious United States Military Academy at West Point. “Catherine is truly a coach’s dream athlete. She combines her incredible athletic skills with a drive and work ethic that is rarely seen today in athletes of her caliber. To dominate any sport at the state level for that long of a time period is a testimony to her preparation, perseverance, and dedication to something she has a great passion for,” he said. “Catherine’s legacy will be talked about for years to come in the track and field circles and it is not going to be easy to see her leave. It has been an honor and pleasure to Coach Catherine for the past couple of years and share in her success. I am confident that Catherine is prepared for this next chapter in her life and I applaud the United States Military Academy for recognizing such a gifted individual.”  As a part of the selection process, Claywell was required to obtain a recommendation from a home-district congressman. After receiving nominations from both U.S. Rep. Ed Whitfield and U.S. Sen. Rand Paul, a news release from Paul said Claywell’s selection along with 29 other high school students from across the Commonwealth he nominated would proudly represent Kentucky. “A very rewarding aspect of being a United States senator is the opportunity to nominate young men and women from across the Commonwealth of Kentucky to attend our nation’s prestigious service academies,” Paul said in a news release announcing the nomination. “I commend each of these students for their dedication to the United States military and wish them the best through the remainder of the selection process. I know the students chosen will proudly represent the state of Kentucky in the service academies.” West Point admission policy is based on three areas: academics, physical fitness, and leadership potential. Throughout Claywell’s high school career she challenged herself in all of these areas in order to develop a strong resume to present to the Academy. While lettering in two high school sports and serving as the Volleyball captain her senior year, illustrated Claywell’s leadership ability, she also took a total of six AP courses throughout high school to ensure she was prepared for the tough West Point academic requirements.  Claywell said through all her accomplishments through the years, Murray, as well as Murray High has been very supportive. “Murray High especially, but also the community of Murray,” she said. “I want them all to know that I appreciate all they have done for me. It’s been an honor to compete at Murray and I want to thank every teammate and coach that I have had in the past seven years, and for the memories they have helped me make.” The U.S. Military Academy educates, trains approximately 4,400 students each year and then are commissioned as second lieutenants in the U.S. Army, according to the USMA website. Out of the 12,000 or more that apply, only 1,500 to 2,000 (per class) are admitted as New Cadets entering the Academy on Reception Day each year.  MHS Principal Teresa Speed said the academy could not have chosen a better candidate. “She and her brother, Charlton, are the first brother-sister duo from Murray High School to be accepted and she is the second female from Murray High School to be appointed,” Speed said. Claywell will report July 2 for a special, new student reception day then begin about seven weeks of pre-class military training with the traditional “Beast” platoon; a basis training unit that prepares students physically and mentally before classroom work begins. Since 1982, six Murray High School graduates have been accepted into the West Point Academy: Charlton Claywell, Brian Dennison, Chase Lambert, Erin O’ Brien, David Vinson and Mark West. Claywell is the daughter of Gerald and Gina Claywell of Murray. 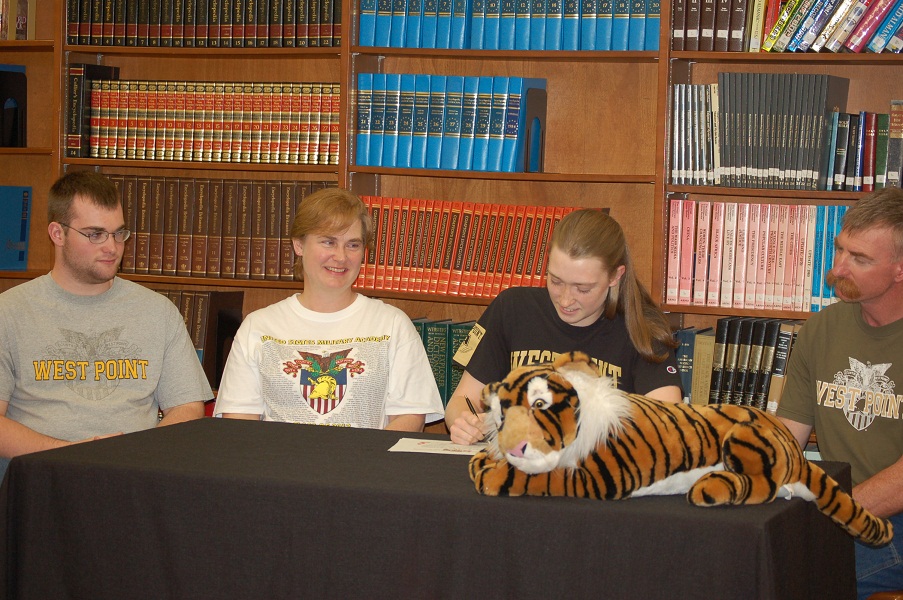