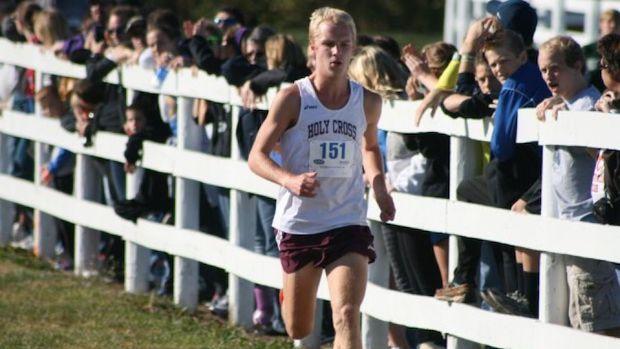 This weekend one of the greatest runners in the history of Kentucky high school cross country and track and field, Jacob Thomson, achieved a feat that only three other native Kentuckians (Bobby Curtis, Matt Hillenbrand, and Ben Young)  have accomplished by breaking the four minute barrier for a mile after running a 3:57.07 mile at the Sir Walter Miler. Jacob was one of 13 gentlemen to break the four minute barrier in what was one of the premier mile races in the country this year.

Jacob recently completed his college career at the University of Kentucky at the NCAA Division I Championships with a sixth place finish in the 10,000 meter and a personal best of 28:40.50. He was the SEC Indoor champion in the 5,000 meter and SEC Outdoor runner up at the same distance. Vincent Kiprop of the University of Alabama got the best of him at the SEC Outdoor Championships in the 5K and was the only SEC athlete to finish higher int he 10K at the national championship.

Thomson has been a mainstay on the Kentucky running scene since he debuted in 2009. He took home two cross country state titles (2011 & 2012) and nine track & field state titles, including winning the 1600m EVERY year he was in high school. Jacob still owns the State Meet record in the 1600m with a 4:09.99 run in his senior year.

From the KYtrackXC archives: Jacob and Grooms discussing his first cross country state title in 2011.

Now, as a professional runner with Adidas/Boston Athletics, Jacob has been lighting up the track with a 3:43.15 in the 1500 meter and 13:34.50 in the 5K, which are both personal bests. The next phase of Jacob Thomson looks to be following the same trend as his high school and college career.

For those younger runners, do yourself a favor and check out Jacob's profile and the time graphs of his times over the last 9 years. It will definitely encourage you to work hard and watch it pay off (and throw in some killer talent as well).