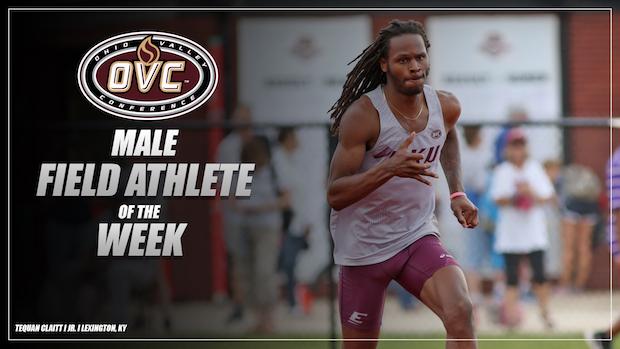 Claitt finished second in the high jump at Notre Dame's Alex Wilson Invitational on Saturday in South Bend, Indiana. He jumped 6-9.5. While not a season best for Claitt, that mark is still better than anyone else in the OVC so far this season.

Claitt jumped 7-1 at the Thundering Herd Invitational in Huntington, West Virginia in January. That height ranks him No. 1 in the OVC and No. 23 in the country.

Claitt broke the EKU high jump record with a leap of 7-5.75 last April.

The native of Lexington is a three-time OVC high jump champion and was voted the OVC Outdoor Field Athlete of the Year last May.

He will go for another gold in the high jump at the OVC Indoor Championships this Friday in Charleston, Illinois.