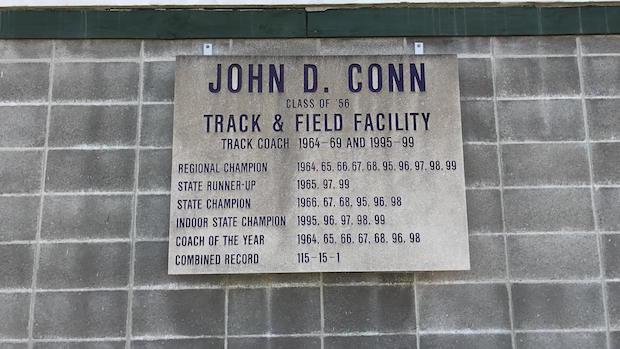 The Kentucky High School track and field community lost a legend on September 9 with the passing of Coach Johnny Conn. He was 79.

A native of Louisville and a graduate of Louisville Male High, Coach Conn was the head coach of his alma mater from 1965-1969 and again from 1995-1999. During his tenure, the Bulldogs won six outdoor state championships and five indoor state titles. Coach Conn was named the Coach of the Year in the state seven times and is the namesake of the Louisville Male track and field facility. Over his career he amassed a record of 115-15-1. He's an inductee into the Kentucky High School Athletic Association Hall of Fame and the Male High Hall of Fame.

Current Louisville Male Head Coach Damon Smith called Coach Conn a "pioneer in Track and Field in Kentucky". Coach Smith continued, "He touched the lives of many people while he was on this earth."

Earlier this year, Coach Conn was recognized at the Johnny Conn Invitational, held annually at Louisville Male High School in early April for his commitment to the sport for decades. Coach Conn will be greatly missed in the track and field community.