Two of Kentucky's throwers are ranked in the top four in the Shot Put in the United States as of right now.  Lexington Catholic's Andrew Vollet threw a personal best of 61-08 at the Wolverine Open on Saturday while further west, Hunter Bivin of Apollo tossed out a 60-02 at the Colonel Classic in Henderson which was also a personal best.  Vollet is ranked #1, while Bivin comes in a #4.  Each of the them are the defending State Champions in the Shot Put in their respective classes.

This is possibly the first time that Kentucky has had two throwers above 60 foot in the same year.  I have to do some research to find out for sure.  Vollet has signed to throw at Miami (OH), while Bivin has signed to play football at the University of Notre Dame. 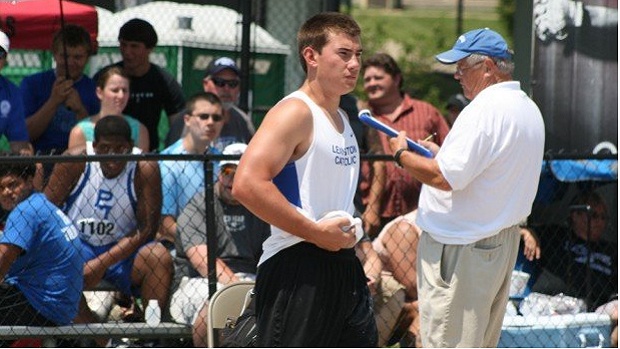 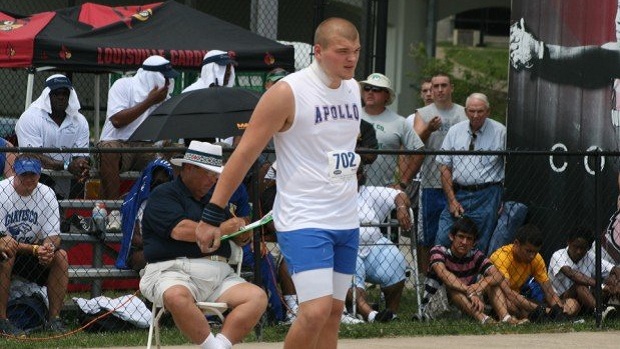