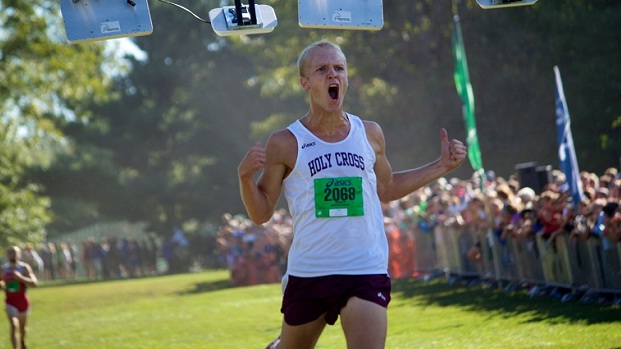 The Brooks PR Invitational brings together the nations top track and field athletes from across the country to compete at the Dempsey Center in Seattle, Washington, one of the fastest indoor tracks in the nation. The meet consists of seven events the 60 meter dash, 60 meter hurdles, 400 meter dash, 800 meter run, one mile run, and two mile run.

JT started off his high school career in XC with a 3rd place finish at state and never looked back.  He has won three straight 1600m state titles including a Kentucky State Record time of 4:10.80 last spring winning by 19 seconds.  He has tripled the last two years winning the 1600m/800m/3200m.  He was the National Runner-Up at 5000 Meters last summer at New Balance Outdoor Nationals with a PR time of 14:34.78.  This past fall he won the Trinity Invitational and was second at the Great American Cross Country Festival.  He went onto to finish 5th at Foot Locker Nationals earning All-American honors for the 2nd time in his career.  He was chosen to represent Team USA this winter as he ran in the Great Edinburgh Cross Country Meet in Scotland where he finished 12th overall.  Not letting jetlag stop him, he came back to Louisville two days later and announced his commitment to North Carolina State University.  He has established himself as one of the best distance runners in Kentucky history. 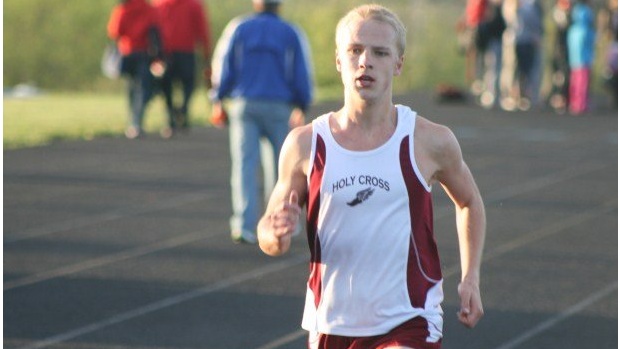 KY:  Huge 800 win on Saturday with nearly a three second PR, what was your goal in that race coming off a mile in the same meet before heading to Washington?

JT:  After the mile I felt like I plenty in the tank still. It was a pretty controlled effort in the mile. So in the 800 I just wanted to get in a good spot early on and start to move up after the first 400. Most of the guys in the race were 400/800 guys so I knew they would be struggling at the end. I was very happy with the win and with my time. But if you look at how it compares to my others PRs its wasn't anything out of the ordinary. I just don't race the 800 often enough to run very fast, but knowing that you have to capability to do so is all that really matters since I am more of a mile-5K guy.

KY:  Now that NC State is decided and that pressure is gone, what are your goals for the rest of your high school career?

As far as goals for the rest of high school, I just want to win and leave my name in as many record books as possible. I have great confidence going into my final track season. I know that I can compete with the best and now is the time to start putting myself in position to win those races. I have continued to steadily improve over the last 3 years unlike so many who have just suddenly jumped to very fast times and since settled out. We still haven't finalized my spring schedule, but it will be very competitive and I'll be traveling a bit. I have listed all the KY #1 All Time marks and plan to go after many of from 1500-5K. Also, I plan to lower my state record in the 1600 as well as set the 3200 state record.

KY:  The University of Washington's Indoor Facility is like a distance runners haven annually for colleges, thoughts on going out there to finally get in a race especially after huge performances like Mary Cain in WA this season?

JT:  It is definitely exciting to be on a track that so many legends. Running at the Dempsey is sure to bring fast times and I can't wait to get out there and see what I can do.