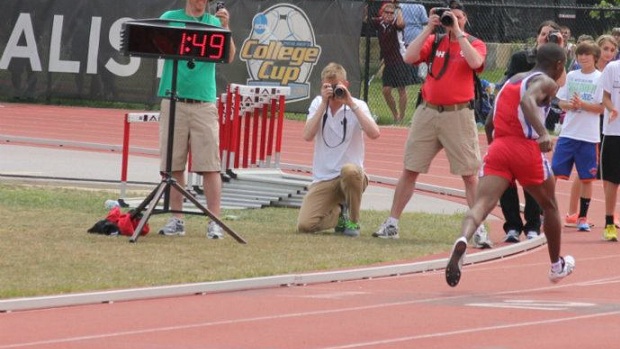 The Brooks PR Invitational brings together the nations top track and field athletes from across the country to compete at the Dempsey Center in Seattle, Washington, one of the fastest indoor tracks in the nation. The meet consists of seven events the 60 meter dash, 60 meter hurdles, 400 meter dash, 800 meter run, one mile run, and two mile run.

Tretez Kinnaird, senior at Butler High School in Louisville has won four Class AAA Kentucky state titles in high school (2 800m, 2 3200m Relay.)  He ran the 800m at a college meet two weeks ago, the Hoosier Hills Invitational running the current #1 time in the nation for the 2013 Indoor Season with a 1:51.83.

Tre's very first 800m track race as a freshman was a 1:59.77 and he has gone under 2:00 mark 32 times since then.  The accolades he has accumulated over the last few years have helped lead him to signing to attend Indiana University next fall.  He earned All-American honors his sophomore year with a sixth finish at New Balance Outdoor Nationals.  That same summer he won the World Youth Qualifier in South Carolina earning a trip to France representing Team USA where he finished 12th at the World Youth Championship.  He owns the all-time #1 time in the 800m with a 1:49.31 ran last summer at the Music City Distance Carnival in Nashville.  Last year he also won the 800m at the loaded Mobile Challenge of Champions in Alabama.   His presence in Kentucky has helped to elevate the 800m Run and 3200m Relay to a whole new level. 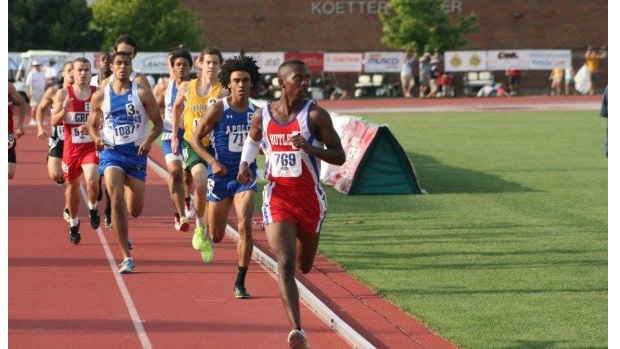 MileSplit: How has your training been going?

TK- Training has been going great right now. I have a whole winter of training under my belt for the first time in my high school career so I'm pretty satisfied.

MileSplit: What are you looking fwd to most about Seattle?

TK- I’m really looking forward to the competition at Brooks. It is an honor being able to race against these guys. With this being my second year attending this meet, I feel like I know how the race will play out. Also, the FREE GEAR!

MileSplit: Goals for Brooks PR and the rest of the season

TK- The goal for Brooks is to win. I feel like if I can win the time will take care of itself which is hopefully enough to reach the National High School Record of 1:49.2 set by Robby Andrews in 2009.

MileSplit: What's music do you listen to before races?

MileSplit: If you were stranded on an island with three things what would they be?

TK- My running shoes, a doctor and a scientist.

MileSplit: What are some things unrunning related people might not know about you.

Tk- I have a twin sister (Tasia Kinnaird)  I am also competitive at everything I do.

Interview was with Todd Grasley.